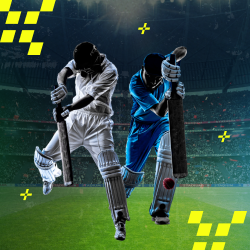 Marvin Lee Minsky is a name that resonates with greatness in science and technology, most especially in Robotics and Artificial Intelligence (AI). Minsky is a renowned personality in tech, particularly when it comes to Artificial Intelligence, due to his vital contributions during his years. He was a well-known author, prominent computer scientist, and researcher. Minsky was exceptionally passionate about machines, and his specialization was AI – the science that deals with making machines do things that would require man intelligence. He was a key player in founding the renowned Massachusetts Institute of Technology (MIT) Artificial Intelligence Laboratory. Today, Marvin Minsky is widely regarded by many as the father of AI.

This article aims to explore the life of Marvin Lee Minsky – his early life, education, achievements, awards, and most importantly, his groundbreaking contributions to Artificial Intelligence and Robotics.

Because of his passion for machines, Minsky built many devices and machines in AI and was indeed a prolific inventor. His incredible works include the head-mounted graphical display, the widely used confocal laser scanning microscope, and the first known LOGO turtle, which he created in collaboration with Seymour Papert. He also developed a fortuitously wired neural network learning machine in 1951. Minsky worked on several other projects that led to several fundamental inventions during his days and others that formed the basis for further experiments after his death.

Marvin Lee Minsky was born in New York City, United States, on the 9th of August 1927, to Jewish parents Henry Minsky and Fennie Reiser. Marvin had only one sibling, and his father, Henry Minsky, was an eye surgeon. Fennie Reiser, his mother, on the other hand, was a Zionist activist. For his education, Marvin attended the ethical culture at Fieldston School before moving on to the Bronx high school of science. From there, he transferred to the Philip Academy in Andover, Massachusetts. Minsky also had a brief military service history, having served in the United States Navy from 1944 to 1945 during the Second World War. In 1950, Minsky later graduated from Harvard University with a B. A in mathematics, and at about precisely four years, he also picked up another degree at Princeton University in 1954.

In 1952, Minsky got married to his wife, Gloria Rudish, a doctor at the time. Their union yielded three children: Margaret Minsky, Henry Minsky, and Julie Minsky.

Marvin Lee Minsky is indeed well-known as an inventor for his various groundbreaking innovations, which contributed to Robotics and Artificial Intelligence and as well to science and technology at large.

One of his essential breakthroughs was in 1969 when he and John McCarthy devised and proved the basic notion of Artificial Intelligence with Seymour Papert. They set the computational limitations to Rosenblatt’s perceptron. (A device that makes qualitative decisions based on data from countless little experiments). Some of his many groundbreaking inventions include the SNARC (The Spatial-Numerical Association of Response Codes), which he built in 1951, the popularly used confocal laser scanning microscope he invented in 1957, and also the 7-state, the 4-symbol machine in the year 1962. He also released the universal Turing machine the same year.

Aside from the wide range of incredible inventions that Marvin Minsky had contributed to Artificial Intelligence, he also made significant contributions to AI by publishing several books, papers, journals, research, etc. Some of his published books include; the Emotional Machine, Perceptrons, the Society of Mind, Inventive Mind, Semantic Information Processing, Computation: Finite and Infinite machine, the Turing Option, Robotics: The First Authoritative Report from the Ultimate High-Tech Frontier, and many others.

Minsky always maintained that humans are machines in which intelligence develops through the interaction of a myriad of semi-autonomous units that form the brain. He contended that “somewhere down the road, some computers will become more clever than most people.” But as expected, it was tough to predict that the progress would be this fast at the time. Many of Marvin’s uncompleted works would later become the basis for today’s groundbreaking innovations in the AI sector.

Marvin Lee Minsky is a pioneer computer scientist who has received several awards for his outstanding work. With all the exceptional work he’s done, particularly in Artificial Intelligence, he’s deserving of all the accolades he can get.

Minsky received the Turing Award (the most outstanding award in computer science) in 1969, the American Academy’s Golden Plate Award in 1982, the Japan Prize in 1990, and the IJCAI award for research excellence in 1991. In 2001, he also received the Benjamin Franklin Medal. He was inducted into the IEEE intelligent system for his significant contributions to Artificial Intelligence. He won the 2013 BBVA foundation frontier of knowledge and the Dan David Prize for AI in 2014.

After an eventful life of impact and contribution to science and technology, Marvin Lee Minsky eventually passed on. On Sunday, the 24th of January, 2016, he died at Brigham and Women’s Hospital in Boston at 88. According to some of his relatives, his death was caused by a brain hemorrhage. Marvin Lee Minsky’s life was indeed one of impact, and science will be forever grateful to him for his incredible contributions and inventions. One of his very popular sayings was that there’s a big difference between “impossible” and “hard to imagine.” According to him, the first term is about it while the second is about you.

Marvin Lee Minsky was an intellectual computer scientist and philosopher who made significant contributions to science and technology, especially in Artificial Intelligence and Robotics. His incredible work is known worldwide, and even after his death, he has continued to make significant impacts in his field.